Expectations are high as to when the Central Bank of Nigeria will finally put finishing touches to the Digital Currency dubbed eNaira.

This was after checks revealed that the decision to halt the launch of the eNaira was not unconnected to an unprecedented surge that greeted the website of the digital currency.

After its initial plan launch on the 1st of October, the apex bank, barely 24hrs to the proposed date, rescinds its decision by announcing a postponement.

The Director of Corporate Communications,  Mr. Osita Nwanisobi, said the decision to postpone the launch is in consideration of other activities lined up to commemorate the independence day.

“The CBN took the decision to postpone the launch, which had been initially planned to coincide with the Independence anniversary, in deference to the mood of national rededication to the collective dream of One Nigeria,” Nwanisobi noted in a statement.

Putting all doubts in check, he stated that the CBN and other partners are dedicated to ensuring a smooth process that benefits customers in general, particularly those in rural regions and the unbanked.

The eNaira website was reported to have recorded about 480,000 hits the first day it went live. The visits grew to over a million the following day and has averaged over 2.8 million hits daily since then.

The website was also said to have recorded a surge in usage with the time spent on the site generating content of over 80 GB daily; a development that forced the CBN to postpone the launch until they are certain that their system has the right capacity to withstand a surge in visits. Top officials of the apex bank have also been working round the clock to tighten the loose ends.

Nigerians who had taken to social media in a swift reaction, following the announcement, expressed worries over the uncertainties that usually trail any of such initiative at the national level.

A quick reference was also made to the botched Nigeria Air which was yet to materialize after it was launched with some fanfare at an international air show in the UK in July 2018. Even with a renewed plan to relaunch the national carrier much later, the Minister of Avaiation, Hadi Sirika, would later announce its suspension via his Twitter handle.

While some were of the opinion that the preparation lacks adequate planning, others held the view that the alleged infringement of trademark could have necessitated the postponement.

Meanwhile, a Federal High Court in Abuja has given the Central Bank of Nigeria the liberty to rollout its digital currency. In what was made known in the hearing on Friday, at the Federal High Court 8 presided over by Justice Taiwo Abayomi Taiwo.

Given the importance of the central bank digital currency (CBDC), also known as eNaira, the defendants’ counsel, led by D. D. Dodo (SAN), urged the court to dismiss the plaintiff’s motion to put the launch of the CBDC on hold.

The court was not inclined to dismiss the motion, but it did rule that the unveiling of the digital currency may proceed on national interest, particularly because the plaintiff may be adequately compensated. The case was however adjourned for further hearing on Monday, the 11th of October 2021.

While the postponement is on till further notice, Nigerians are hopeful that the CBN would firm up its renewed plans to launch and keep the digital currency up and running in no distant time.

Being the first of its kind in Africa, one of the advantages of the eNaira is that Nigerians will be able to send money to each other’s eNaira wallets as well as pay for goods and services at selected merchants.

As noted by Nwanisobi, the eNaira will also limit the use of currency and ensure the Nigerian economy’s stability. 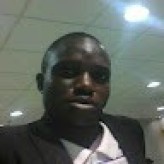 Launching of E-Naira Website a Giant Stride by the CBN